While on Windows 10 you probably need only Docker for Windows, on Windows Server 2016 you need to install Docker engine following this article.

Yup, the PowerShell installation is a little tricky to follow.

But that’s not enough if you run Visual Studio 2017 to develop Docker based projects, as it would complain about missing docker-compose like

The error message is more suitable for Windows 10 users, but totally misleading for Windows Server 2016 users. The steps to install docker-compose are different, as documented here.

Even if you have that installed, you might hit another error message,

The cause is in fact simple, as my test machine is low on disk space. The traditional ASP.NET web apps require an image microsoft/aspnet to be used, which is pretty large,

Thus, only after freeing enough space, everything starts to move on.

Next you might see an error as below (“Unable to start debugging on the web server. The remote server returned an error: (403) Forbidden.”),

So what can be the cause? It is very important now to check the docker container state, so please dig into the Docker logging in Visual Studio Output panel like below, 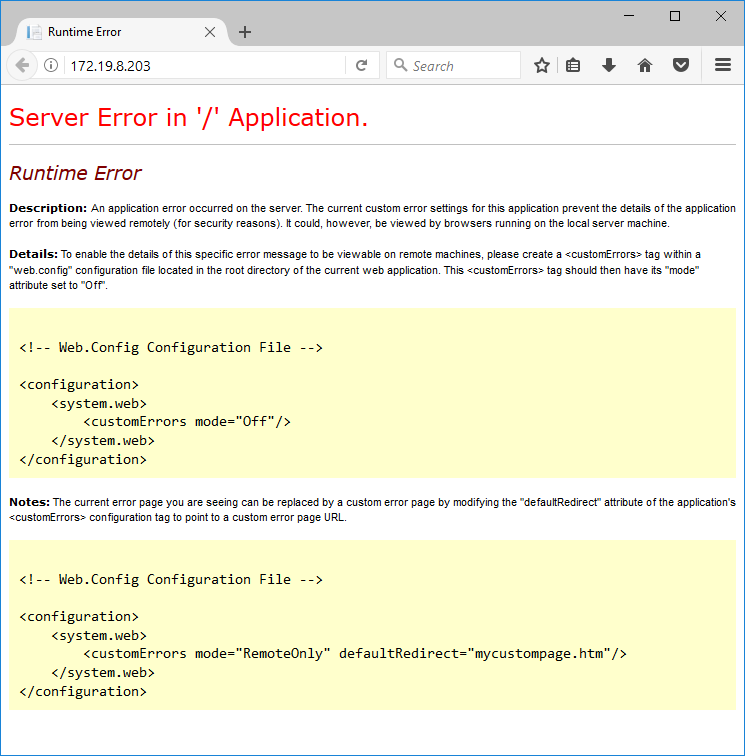 Make sure you now go back to Visual Studio and add the following tag to web.config,

Then try to debug again and this time your browser should show a more meaningful page, 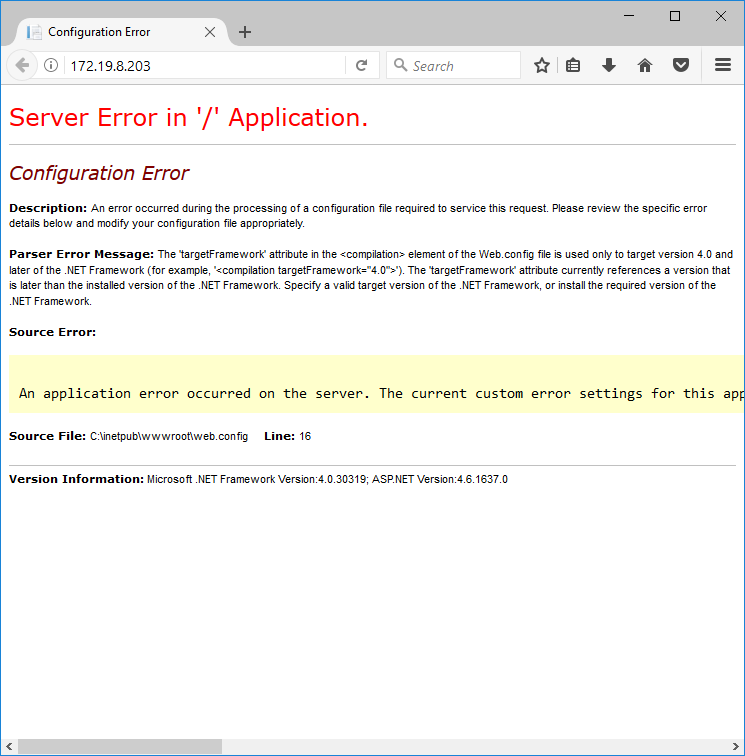 In my case, this project happens to target .NET Framework 4.7, while it seems the Docker image does not support it. So after switching back to 4.5, everything finally works.

ASP.NET developers should have some IIS knowledge. But how much can be enough to fully understand the concepts of Windows authentication? Well, based on the questions from Stack Overflow, I bet the...

HttpPlatformHandler can help IIS host Java/Python/Node.js/Go applications, so in this post we wil see how to configure a Python/Flask web app on IIS and troubleshoot the common issue. It becomes v...