Update: due to the recent changes by Microsoft, the actual images can be different, but the way of analyzing the layers should remain the same. You are welcome to write a new blog post to replace this.

When you add Docker support to a traditional ASP.NET project (like WebForms), you probably notice a Dockerfile is added,

We can easily see that this file defines a new image, which is derived from an image of microsoft/aspnet.

In turn, microsoft/aspnet image is derived from microsoft/iis. The IIS image Dockerfile is at GitHub,

The Docker image composition can be drawn like below, 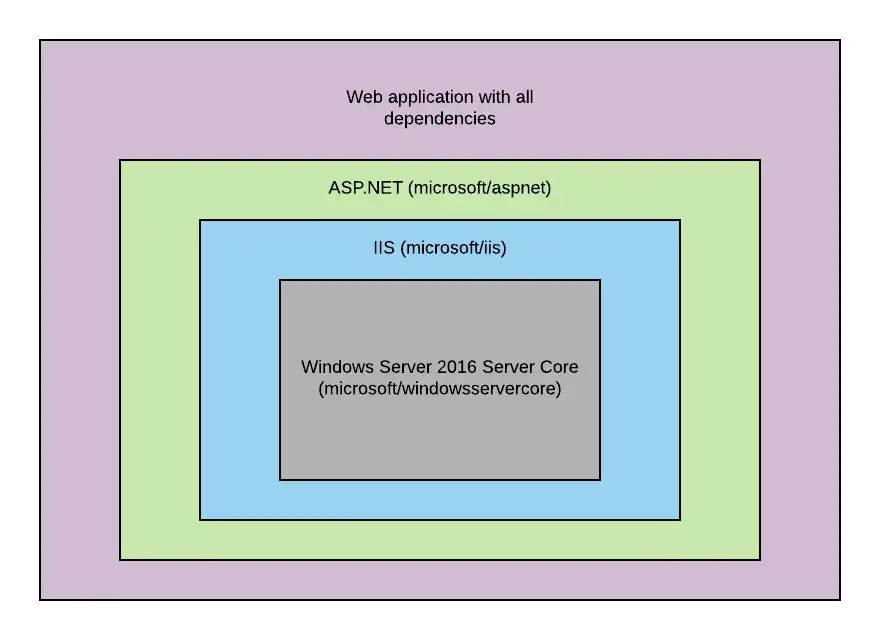 So, we can learn the following key points from Microsoft’s Dockerfile files,

You should notice that except the base image of “windowsservercore”, we can prepare our own IIS/ASP.NET images to suit our own needs,