I blogged about Microsoft.Web.Administration a long while ago, but intentionally I left a small topic aside. However, it remains a misery sometimes painful to developers, so here comes a dedicated post.

If you plan to write a .NET Framework application to consume Microsoft.Web.Administration API, you probably notice that Visual Studio resolves that reference to an assembly in GAC, 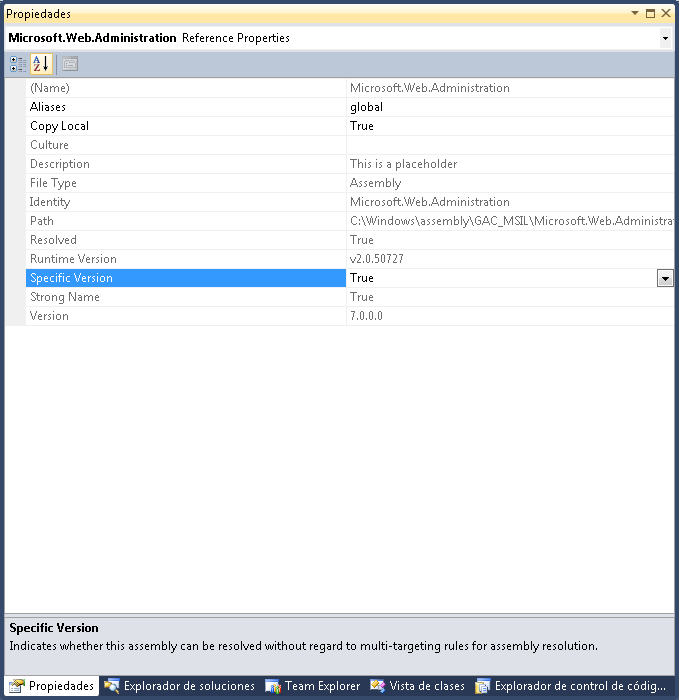 This 7.0.0.0 version appears in GAC, as long as you enable full IIS on this Windows machine.

The 7.0.0.0 version worked pretty fine for years, but suddenly things started to break. For example, if you don’t force the reference in your project file to this specific version 7.0.0.0, you might find that Visual Studio/MSBuild resolves a version of 7.9.0.0 from GAC instead.

Since you probably don’t want to uninstall IIS Express (you might need it some day), the remaining option at compile time to resolve the issues is to force your application to use version 7.0.0.0 as reference explicitly.

And then use assembly redirection in app.config (or web.config) to load only version 7.0.0.0 at runtime.

But if your web app is being hosted on IIS Express, you might need further changes to IIS Express specific aspnet.config.