Note that for a published ASP.NET Core web app, the magic described below is not applicable, as a web.config file would be generated by dotnet publish command, which contains the necessary settings.

I guess many of you are familiar with IIS Express and its command line. So we can easily launch it and host a web site locally. That works greatly for classic web sites (classic ASP, ASP.NET 4.x, and so on), including the web sites generated by dotnet publish command.

However, if you happen to use the same command line to launch IIS Express and try to host an ASP.NET Core project and its source code directly, you might suddenly realize that you cannot (HTTP Error 502.5 - Process Failure). Why? 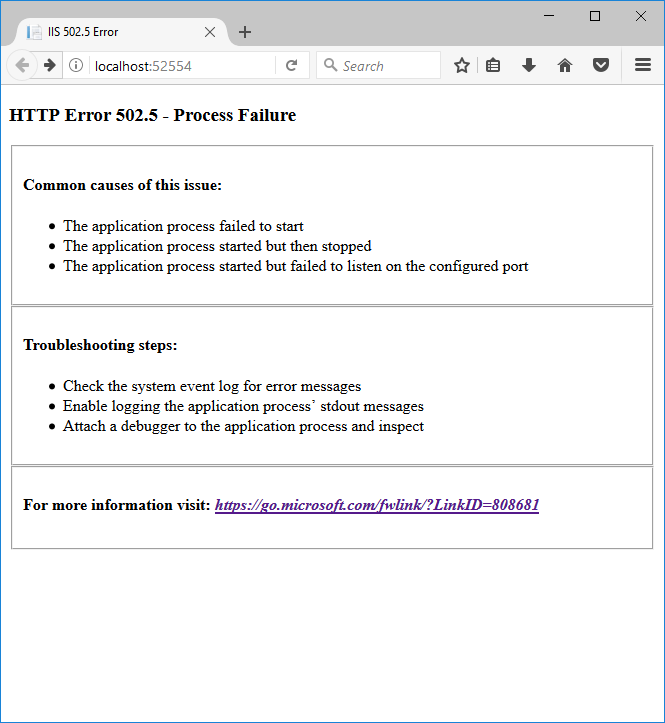 If we go to Windows event log to dig the details, the following sounds interesting,

So it seems that there are two environment variables missing. Should you ask Google, you will see tons of posts on them, and people suggest they be set in web.config file. OK, can you follow them? Unfortunately, you cannot this time, as this project (from official template) has no web.config file at all, 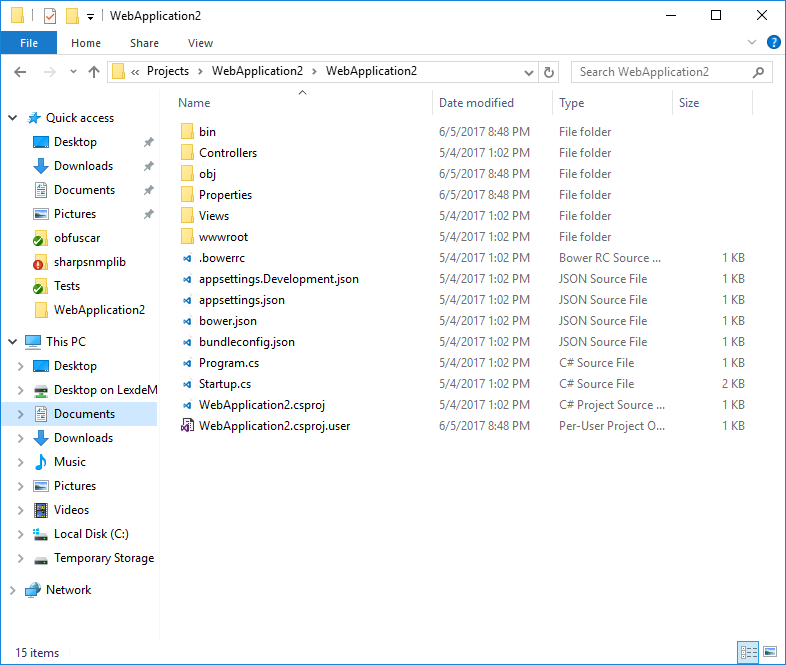 So what magic does Visual Studio use to launch the web app?

Hints only come if you ask Process Explorer, 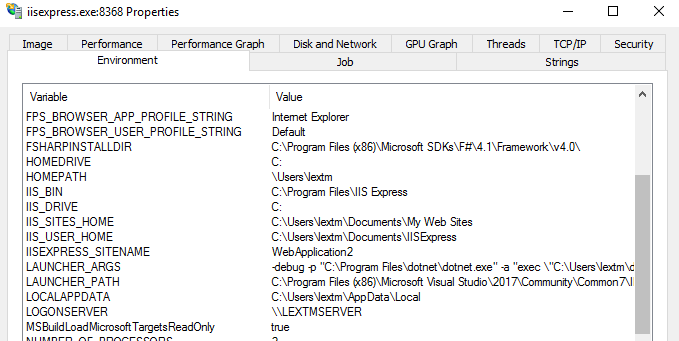 So Visual Studio silently adds the two environment variables when launching IIS Express, so that ASP.NET Core related bits can be injected,

I found the above details while investigating a Jexus Manager issue, and hope it helps you better understand the magic Microsoft uses behind the scene.

Install IIS 10 on Windows via PowerShell