I bet this question has been asked a million of times, but hope not every blog posts cover all the hidden details. And this blog tries to provide every bits that you might be interested in.

First tip you should understand is that the Android emulator (a virtual device) has its own networking. So Google defines a magic IP address 10.0.2.2. If you try to browse to this IP address, the requests would be routed to 127.0.0.1 loopback adapter of the host machine. (Later I will give you proof on the magic routing.)

Such a magic can be quite useful if you host your test web site on IIS and that site monitors all network adapters. One such example is the Default Web Site, whose has one important HTTP binding *:80:*. So the Default Web Site would be able to serve all incoming HTTP requests at port 80 on all network adapters, including requests to http://10.0.2.2(:80) from the Android emulator. However, this magic won’t work for IIS Express by default, if your site has only an HTTP binding like *: 61902:localhost, and you might see an error like this, (“Bad Request - Invalid Hostname”, “HTTP Error 400. The request hostname is invalid.”) 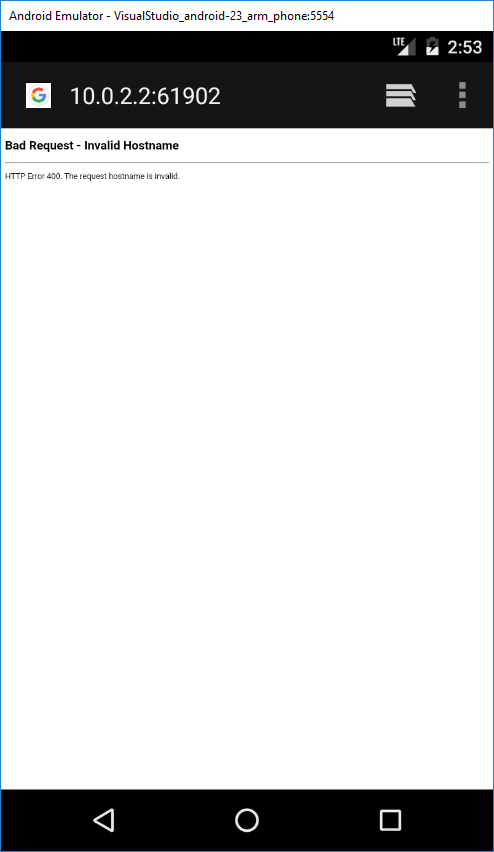 The reason behind is pretty obvious, that IIS Express only checks incoming requests at port 61902, whose HTTP Host header matches “localhost”. The request from Android does not have “localhost” as Host header (guess what’s value then?), so it would be dropped, and a 400 error page is returned. 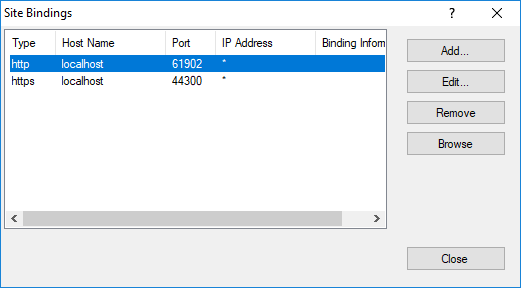 You might wonder if we can get rid of the error by modifying IIS Express configuration file. You can try it out in Jexus Manager, 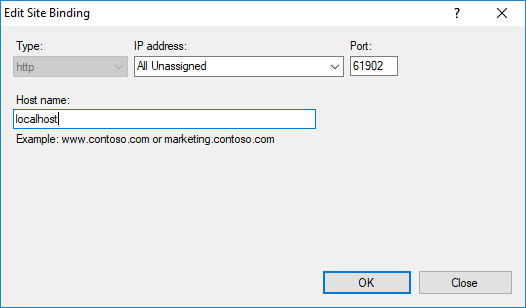 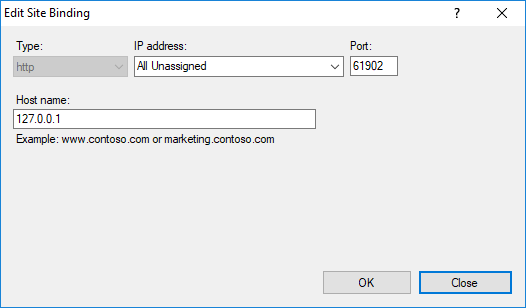 If you decide to change from “localhost” to 127.0.0.1, congratulation that you found the simplest fix. It seems that the Android magic sets Host header to 127.0.0.1 so that IIS Express can process the requests in this way.

What happens if you happen to decide to leave the field blank? 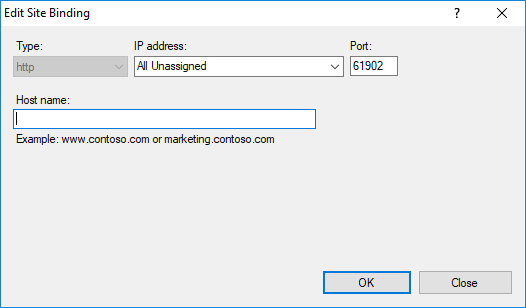 Sadly you will see the issue remains (unless you run Jexus Manager as administrator and then start the web site from it). Why?

Full IIS runs as a service, so when it attempts to activate a site binding, all permissions are met. The same applies to running Jexus Manager as administrator and starting the web site from it. But when Jexus Manager is not run as administrator, the IIS Express worker process it launches for this web site would lack the permissions to activate the site binding. The result is that you see the site has started, but incoming requests won’t work.

Microsoft of course has a solution for this, which is called URL reservation. An administrator can create a reservation and grant certain users permissions to use it. Let’s see how it works in Jexus Manager. 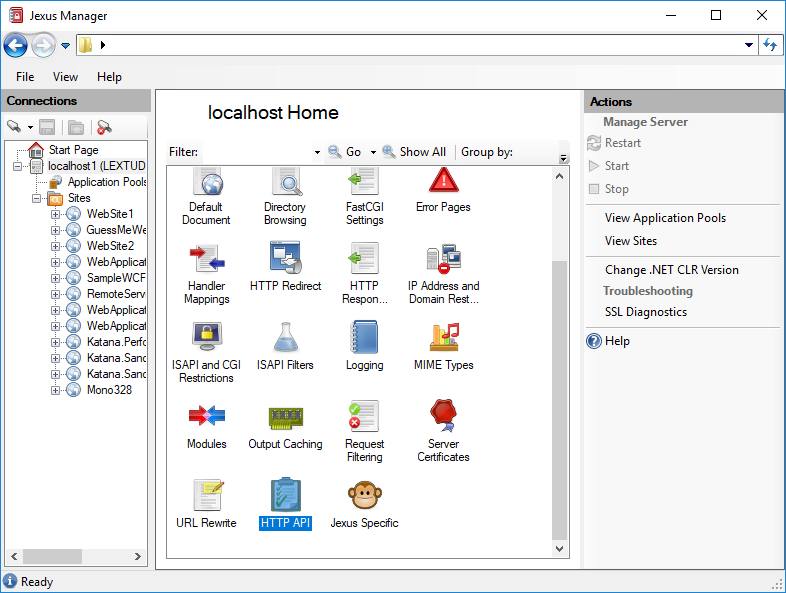 On a server node, you can now open a brand new HTTP API page, 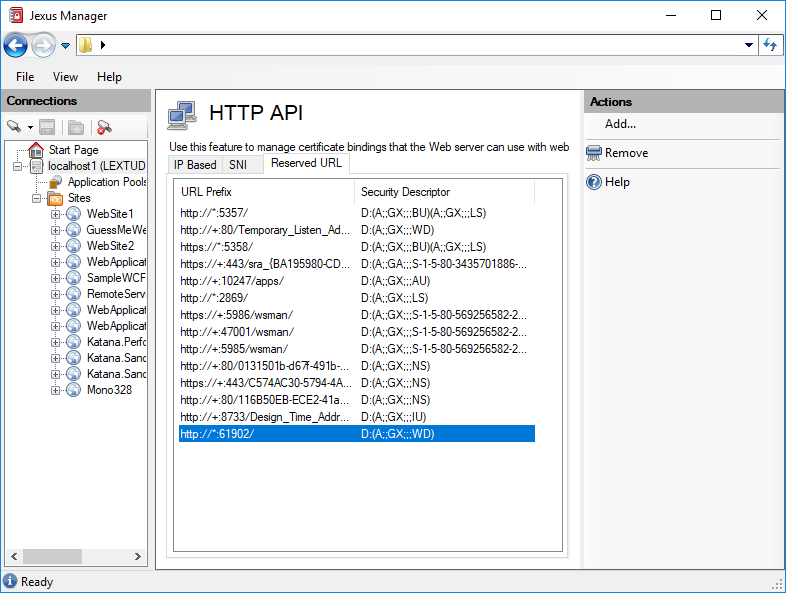 OK, all existing reserved URLs are displayed in the list, and you can use Add/Remove buttons to manipulate the list.

By adding a new reservation of http://*:61902, all necessary permissions are granted to everyone on this machine (the meaning behind D:(A;;GX;;;WD)). And then when a non-administrator user launches the worker process for this web site, requests to port 61902 would be well served.

See. IIS Express thinks the client IP (c-ip) is 127.0.0.1 for Android requests, while it serves them at 127.0.0.1 of course. The user agent string is pretty ugly also. Interestingly, the request to /gavicon.ico recorded a referer of http://10.0.2.2:61902, which proves clearly the request came from the Android web browser.

To sum up, to resolve the 400 error, you have several options,

Still just a few clicks, and there is no need to jump to command line interface to type all the commands.

The Success of Running MonoDevelop 7 on Linux