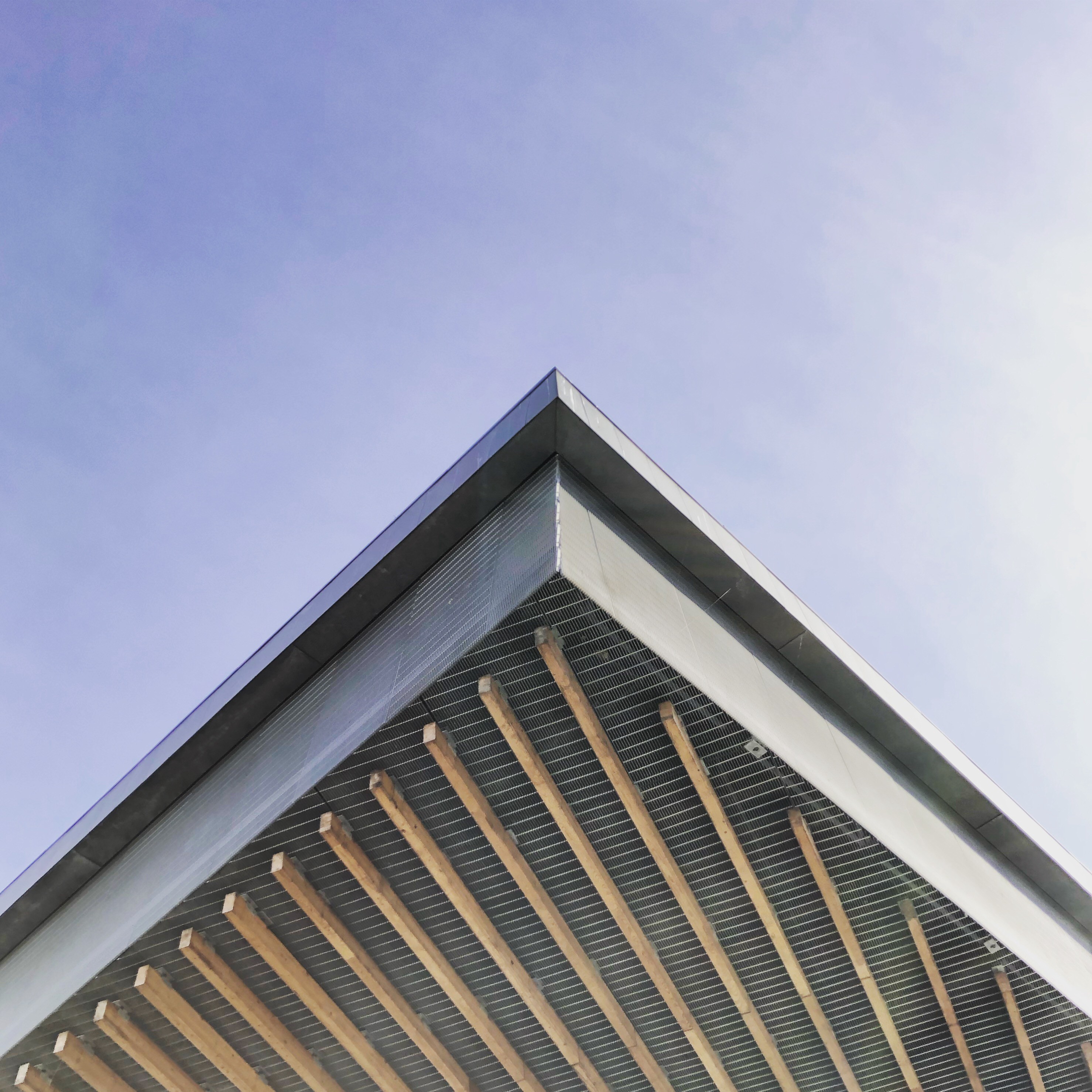 When testing some requests/responses on IIS with a good utility such as Telerik Fiddler, you might discover much more information than using a browser.

Most Common Server Header in Responses

So you can see from Figure 1 that IIS returns several HTTP headers in the response and Server: Microsoft-IIS/10.0 indicates that it comes from an IIS 10 machine. 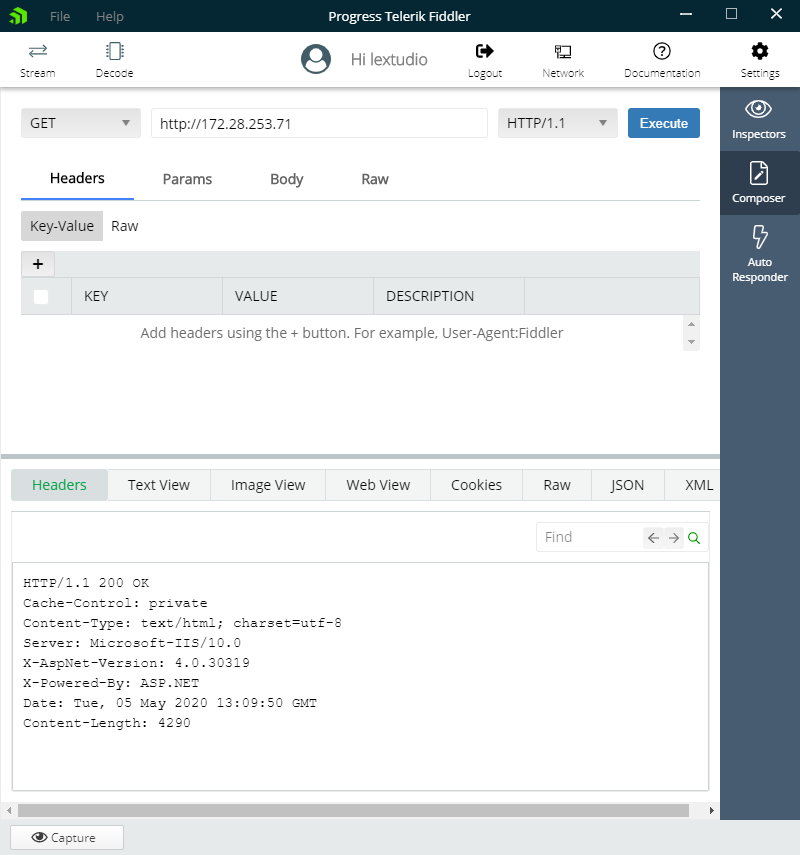 Also note that some security scan might indicates revealing your web server type is an issue and you should remove such Server headers. However, it is really not a solid suggestion, because the server type can be detected from other response behaviors, so you cannot really hide that.

But can IIS return a different Server header? Sure. If we intentionally send a broken request, we can trigger a completely different response Server header like in Figure 2, 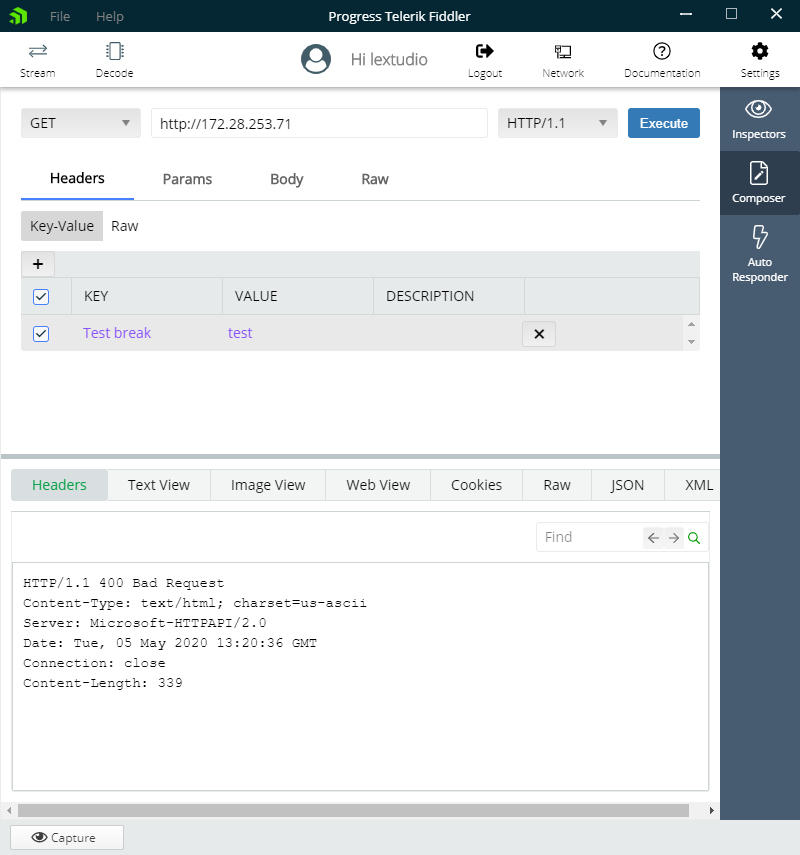 Spaces in request header names are violations of the HTTP protocol, so any modern web server should reply with an error response. IIS is no difference, but suddenly the Server header says Server: Microsoft-HTTPAPI/2.0. Why?

If you are familiar with IIS architecture, you won’t be surprised, right? IIS relies on an important Windows component, aka HTTP API or http.sys. That component performs many low level tasks, such as HTTP packet parsing and request queuing for application pools. So if an error is detected, before the request goes to the actual IIS worker process, http.sys handles it and sends an error response directly with its own Server header.

Note that HTTP API 2.0 is available on multiple Windows editions/versions.

How To Remove/Change Server Headers

Well, there has been far too many previous posts/discussions on how to remove such headers, so I won’t try to talk too much on details, but just comment on pros and cons.

IIS URL rewrite rules can change response headers, so of course they can be used to alter Server headers. But I’d like to remind you such rules are only executed in IIS worker processes, so it is impossible for that approach to work on http.sys error responses.

However, keep in mind that it does not apply to http.sys error responses either.

There is a setting for http.sys to disable Server header, which you can configure via PowerShell

Then restart the machine to take effect.

After setting this, http.sys won’t send Server header any more.

This registry key only works for newer Windows releases.

OK. Now you know using a combination of 1+3 or 2+3 finally the Server headers can be reliably removed.

Another reliable way I can think of, is to set up a reverse proxy in front (such as nginx), and then let it modify the responses to use a different Server header. It is widely used, and part of the reason why nginx is popular.

Microsoft just announced its own reverse proxy server based on .NET Core, aka YARP.

You shouldn’t use legacy tools such as URLScan any more.

There seems to be bugs in this area.

Microsoft released an IIS extension called CORS module a while ago, as to better help its customers. Of course, this is their traditional way to shop out-of-band feature for IIS 7 and above. Howev...

You might want to run some applications on a Windows Server Core machine for quick testing. Instead of using a full virtual machine, running a Docker container can be easier. But in the meantime, w...